The Tamil and Sinhalese community are still two divided community. Heroes of one side, are executioners for the other, terrorists here, liberators there. Every propaganda presents heroes as people who sacrificed their life for a cause, fighting. Until you’ll find a hero with guns, bullets and grenades, Sri Lanka will never converge towards a common name. In fact grenades for the cause were thrown against the other faction. The ideals of one side had to crash against the skull of people from the other side. One shared hero based on bullets and guns in Sri Lanka is a contradiction.

Unless you resort to people who were fighting with the sole courage of their words and ideas. These people can really become the light of rebirth for Sri Lanka. One of these heroes of justice and truth was Lasantha Wickrematunge.

He was a thorny journalist, from the Sinhalese side but undeterred to speak against his president and friends. He was fighting for a better society, for a Sri Lanka more inclusive and just. He attacked a ruthless and brutal regime also because he was part of the same community. Rajapaksa was a family friend and he started to criticize him as an old mate. He could say more than anybody else, because he knew the people very intimately. He reached the line and he was told so. When he crossed the line, he was eliminated. But with his death he was reborn a hero of Sri Lanka.

In fact he didn’t challenge the authority because of arrogance or imprudence. He didn’t die because of a miscalculation of risk.

On the contrary, he was perfectly aware of the offence committed against power. He confronted a violent despot with perfect conscience that he wouldn’t survive this trial. He decided to sacrifice his life, in a state of pure clarity of mind.

In one of the most touching article in the history of journalism, the day after his death, he wrote a posthumous editorial. He accused his killers and left his legacy. It is a testament for all the people with heart and mind, with the will to change society for the better. He gave his life intentionally, choosing truth and justice for a happy life with his son and daughters, his wife

When you renounce to your existence for a cause, you deserve respect; but sometimes your sacrifice takes also the life of others and when they are innocents, your gesture is compromised. But if you give your life in a pure manifestation of generosity, of love for truth and justice, then you really become a light and an inspiration.

When enough Sri Lankans will consider true heroes people like him, when they will take him as their hero, the country will automatically become a better place. 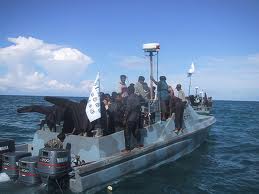 The LTTE was a small, yet very determined army. It was a clandestine outfit, with no international recognition, therefore its capacity of supply, its movement and its organization were quite restricted. On the other side, the Sri Lankan army could count on almost unlimited access to military equipment (everything in their range cost), no problems in delivery and much larger and secure sources of funding. Moreover, the base for enrolment was significantly different: the Sinhalese are 20 millions, while the Tamil in the Northern provinces 800 000. The LTTE was disadvantaged, but its cadres were single-minded, extremely motivated and probably with no other choice.

The courage and bravery of the Tigers became legendary and in fact they were surrounded by an aura of invincibility. Amongst these warriors, on top within the LTTE itself, were the Black Tigers. They were voted to fight till death and it was considered a huge honour to be enlisted in their ranks. The Black Tigers were a terrific weapon also in the psychological war: image a Sri Lankan patrol, facing an ambush. They knew that their enemy didn’t want to survive the battle, the most fundamental principle of self-conservation was lost. Your opponent wants your elimination so strongly, that he’s ready to give up his own life. There is clearly no braver soldier. You would consider ‘brave’ a man who desire so much to live on his terms, that is ready to die for them. He’s definitely a man of principle and courage. Further on his ideals are not selfish or despicable: he simply desires to live peacefully in what he defines as his homeland. No surprise that amongst their people, the Black Tigers were highly estimated. 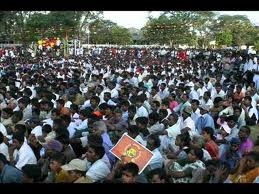 So an offensive of Black Tigers, a suicide operation against a military target, could lead us to define them as ‘heroes’ for their people.

But here lies an immense difference. Indeed the operations for the Black Tigers could be against a military patrol, but also against a coach, transporting troops right in the middle of a big city. And further on: an institutional figure speaking in public places or working in office open to the public. In other words a military target could include civilians, more or less directly at the centre of the attack. The training is the same, the determination, the purity of principles, the courage, almost exactly the same person. But one is destined to hit other soldiers, other people who commit to a risky job for equally valid principles or money. Adult who made a choice to confront violently their opponents, with the accept possibility of dying. The other storms lives of innocents, whose only blame is to be right on the worst spot at the worst time. One is a warrior, a hero, the other is a terrorist and a criminal. For the Tamils, for the supporter of Tamil Eelam, the two are fighting the same battle. This is a mistake. One is fighting a war, the other civilization. And the lack of distinction brings the two on the same, wrong side. 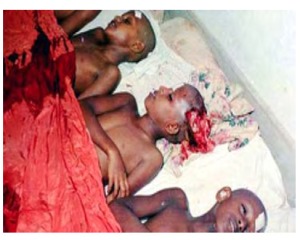